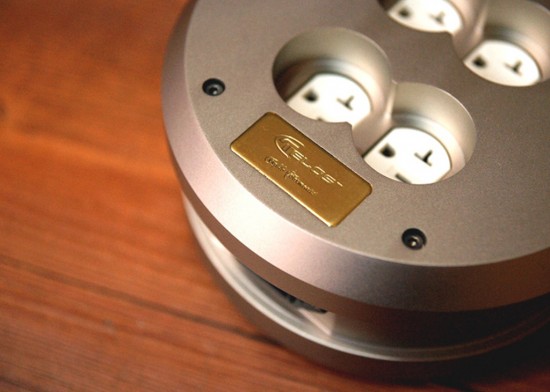 As a world renowned cables and accessories manufacturer, we have never given up in facing challenges and achieving breakthroughs. Even when designing the power distributor, a product which has been done to death, the Principal Designer, Jeff Lin, still insisted on applying creativity to make something that is different from what others have done. The product has to bring unprecedented improvements, otherwise, it would be going against the brand values held so strongly by Telos Audio Design.

However, it is easier said than done. It is still a daunting task when it comes to execution. In the market, whether it is for 4 receptacles or 6 receptacles, or more, power distributors, most of the rectangular shape permutations have been tried and tested. Even for the filtration circuits, be it active or passive, have been explored and attempted extensively. Thinking out of the box has been arduous, indeed.

Our ultimate power distributor has garnered tremendous support when it was first introduced to the market. The reason behind the success is because the design team has broken the norm to maximize the sound performance and the design outlook. Every concept of balance and harmony in sound tuning so persistently practiced by Telos Audio Design has been applied to every detail when designing and building the ultimate power distributor. The aim is no other than creating the extraordinary design, and bringing the amazing sound performance to our TD-04R power distributor. 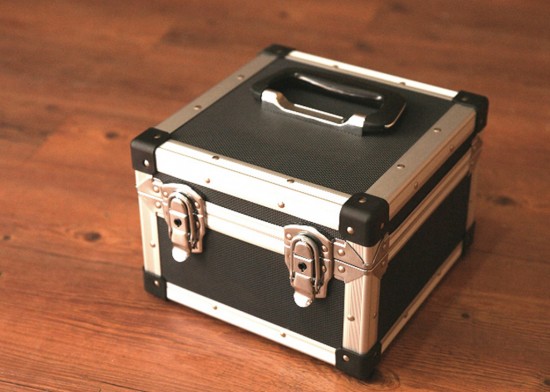 So, what has Jeff done differently when designing the groundbreaking power distributor? Simply put, a solid structure of staggering strength has been put to use to improve the sound density and heft. Then, the equilibrium circular shape is employed to achieve the crucial balance so sought after in Oriental Zen. The result of these is a round 3D design never before seen in any power distributor. The outlook of TD-04R is indeed breathtaking in its dimensionality, be it top down or sideways. We have undeniably created a modern sculpture in the audio scene. Nevertheless, having a beautiful design is not the only feature of TD-04R.

Manufacturing the round design is very time consuming and tedious. Jeff’s bold decision to carry on with the design is out-and-out based on the sound performance made possible. Round design is the only way to completely eradicate resonant colorations from parallel surfaces introduced in rectangular designs.

Furthermore, in order to achieve unmatched structural rigidity, and eliminate resonance caused by insufficient material density, every TD-04R is made from solid aluminum billet that is 100 mm in thickness. The aluminum billet is milled in high-precision CNC machine to achieve its 50 mm thickness. The surfaces then go through the anodizing treatment, creating the ultimate power distributor with a refined touch. By employing such painstaking procedures, apart from minimizing resonant colorations, it has also achieved excellent shielding effect. Moreover, bringing a domineering elegance to the appearance. 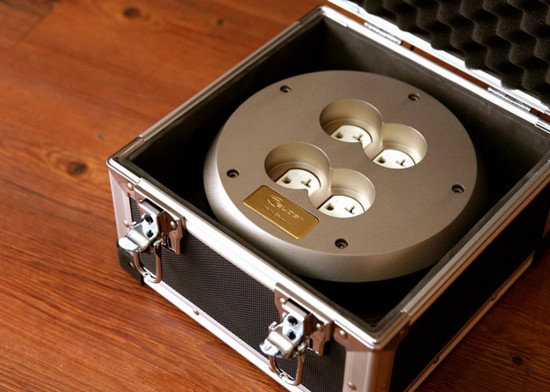 The critical output receptacles used in TD-04R are 2 sets of R1’s from Oyaide Japan. The conductor is made from beryllium copper, and the surface is scrupulously hand polished to achieve the smoothest surface. Other than ensuring the tightest contact, dual plating with platinum (0.5µ) followed by palladium (0.3µ) is used to maintain the best conductivity. For the IEC inlet, we have chosen to use FI-09 from Furutech. Every unit of R1 and FI-09 has to go through a run-in period of 72 hours using our in-house developed Telos Audio Design Quantum Burning Technology (QBT) full-bandwidth run-in machine before assembly.

All screws used are made from aerospace grade titanium. This has been one of the crucial sound tuning materials used by Telos Audio Design. By using titanium, not only the torque force could be increased tremendously, the negative impact from adverse stress in the tightening points could be greatly reduced. Even the spikes used under the base and the spike discs are made from titanium. Not only these, every single screw is assembled using the KANON N50EX micro-precision digital torque screwdriver. The internal wiring also employs cables from the flagship Platinum Reference Series, and they are run-in for 12 hours prior to assembly. The grounding section has been designed with Telos Audio Design’s exclusive chromium molybdenum alloy cable and custom made noise-reduction coils. As a result, effectively bringing down the background noise.

By maximizing design potential in terms of structural resonance control, material weight and density, contact points coupling and tightness, conductivity and more, TD-04R is able to provide the best power transmission and sound improvements. Yet, not having the undesired dynamic constriction which plagues so many power regulators out there. Music is filled with minute details often lost in reproduction, and the full dynamic is entirely preserved.

The improvements made possible by TD-04R is so palpable that you do not need golden ears to discern them. The first note reproduced is enough to assure you of giant leaps in improvements. Diffused and flat sound will immediately be transformed into a layered sound field with well defined dimensionality. This is another breakthrough from Telos Audio Design, one that has exceeded every expectation.